Rooting for the Apocalypse — Chapter 2: Definitely guilty of pre-crime 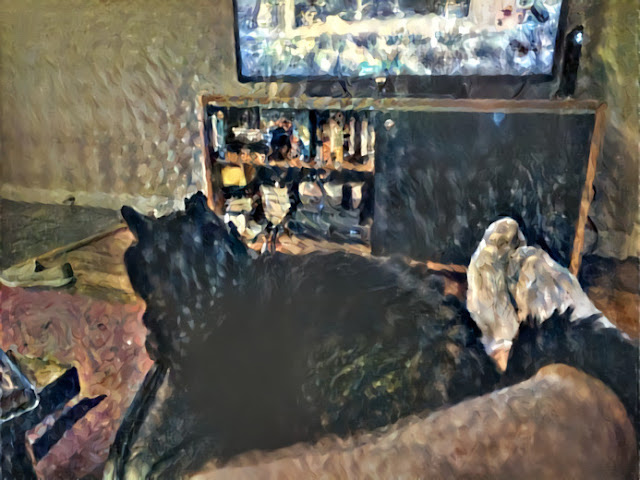 Zak is playing Fallout 4 when I make my way downstairs. He’s naked except for a dish towel. It’s good that he’s skinny; less surface area for the heat to get into. He can hide in his skinniness and let the heat slink past. Dark circles hang around his eyes. I can tell he hasn’t slept all night. His curly mustache wilts in the humidity. His long black hair is a sheening morass.

“Do you know where the nearest gun store is?” I ask.

His gaze doesn’t waver from the screen. “You aren’t killing the neighbors.”

“Of course not. I’m going to wound them, lightly. So they know I mean business.”

“Don’t be a buzzkill. Remember when we were young and partied all night and got drunk and yelled and shit. We were loud as shit and no one ever killed our buzz.”

“I was thinking of going over there. Just knocking on their door and asking to be invited to the next party. I mean, if you can’t beat ‘em, join ‘em.”

“Not a terrible idea.”

I make coffee. I pour the coffee over ice. The ice melts. I drink.

Labels: Rooting for the Apocalypse

Rooting for the Apocalypse — Chapter 5: Don't forget your credit card